Our favourite question! What Exactly is a Botanical Rum?

One of the most common questions we get asked when we introduce people to Market Row rum!

Let’s answer one of the most common questions we get asked when we introduce people to Market Row – What exactly is a botanical rum? Currently, there is no such thing as a definitive answer to that question.

There are no rules and regulations established by anyone when it comes to botanical rums. In fact, if you asked the handful of botanical rum brands that already exist in the UK, you would get a number of varying answers. Here’s our two cents on the matter!

I think the best place to start is to explain the difference between a spiced rum and a botanical rum because yes, technically, Market Row could be classed as a spiced rum. We infuse our rum blend with botanicals and spices then redistill but if you were to compare the taste of Market Row to any of your top 5 spiced rums currently on the market you would notice a huge difference in the flavour profile.

In our opinion – the spices used in spiced rum, such as cinnamon, vanilla and ginger, tend to become the prominent flavour in the liquid. It’s also quite common to find a lot of added sugar and caramel flavouring in spiced rum, which quite often results in the loss of the more subtle, woody notes of the base rum.

I’m not saying that’s necessarily a bad thing – secretly, one of my favourite drinks is spiced rum and ginger beer! But we’re using these as examples to explain what the differences are and why we’ve decided to classify Market Row as a “botanical rum” instead.

Firstly, let’s talk botanicals and spices – our three main botanicals are Kenyan Black Tea, Nigerian Hibiscus and Red Rose from Pakistan. These provide much more subtle, floral notes that support and enhance the natural flavours of the rum rather than overpower them.

Our defining botanicals provide subtle, floral and grassy  notes that support and enhance the natural flavours of the rum rather than overpower them

Secondly, the rums – we have five of the most amazing rums in our blend, from five of the most amazing distilleries in the Caribbean and that is a huge part of what makes Market Row so special. Each of the rums that go into our blend is carefully selected. Whether it’s our high-ester Jamaican rums that bring those big hits of fresh tropical fruit, our aged molasses rum from Barbados, which adds vanillins and a natural smoothness or the slightly grassy, herbaceous notes in the sugar cane juice rum from the Dominican Republic. For each rum and each botanical that goes into the final product of Market Row – there is a reason!

For each rum and each botanical that goes into the final product of Market Row  – there is a reason!

And finally, the added sugar or lack thereof. We designed Market Row to be an incredibly versatile spirit that works with a vast range of mixers. For that reason – there is no added sugar. We leave it up to the natural sweetness of the rums and the botanicals. If you fancy a sweet drink add a sweeter mixer, but if you want something lighter and drier, such as a rum and tonic, it works just as well. It is also a deliciously dry and complex rum if you simply prefer to sip it neat or over ice.

It is that said versatility that defines Market Row as a botanical rum and separates it from the rest of the crowd. A botanical rum is something new, something contemporary, and isn’t it incredible that over 300 years since the first (recorded) commercial rum distillery opened – this incredibly diverse spirit still has room to grow and evolve. 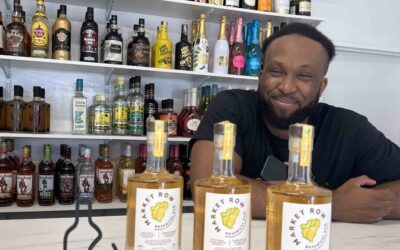 The Liquor Club, nested in the arches along Atlantic road is an impressive new venture run by knowledgeable local lads with a real enthusiasm for the products they sell. Specialising in alcoholic beverages, with a focus on spirits, The Liquor Club offers an impressive... 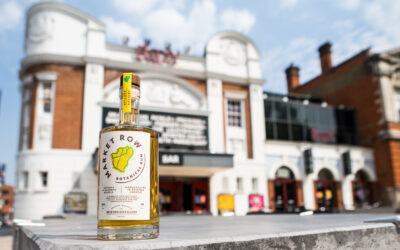 It is the people of Brixton that provide community, it sure is hard to bottle, but we are never going to stop trying. 

Brixton, the culturally diverse melting pot of South London, is the place that we are lucky enough to call our home. Famous for its seemingly infinite offer of places to eat, drink, hang-out and discover, Brixton is practically overflowing with local independents,... 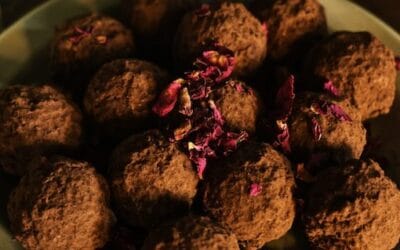 Market Row  rum is leading the Botanical Rum charge in the UK with our focus on epic flavours, great drinking experiences and creative collaborations. One of our latest collaborations involves us teaming up with Paul Wayne Gregory Chocolates to infuse the taste...